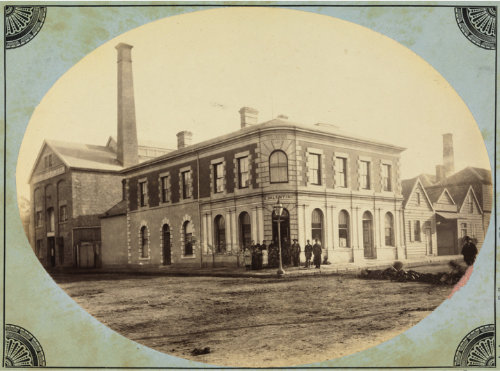 Hobart was colonised by the British between 1803 and 1830. When The City Flour Mill was built in 1864, the first in 23 years, the site was chosen with care. It was built on the waterfront to take advantage of the proximity of the wharf for importing and exporting. The central location, also close to the railway station to come later, gave the Mill a competitive edge which led to the Mill becoming the longest lasting of all Hobart’s mills.

William Gibson had arrived in the Colony in 1854, his wife and family of six children following him on the Ocean Chief the following year. After some years at the Riversdale Mill at Swansea on the East Coast, he came to Hobart and built the flour Mill informing the public that he had done so “regardless of cost combined with all the most modern of improvements”. He continued to run the business until December 1871 when, while supervising the construction of new machinery, his leg was fractured. According to the Launceston Examiner: Less than three weeks later Gibson died from the injury at the  age of 49. 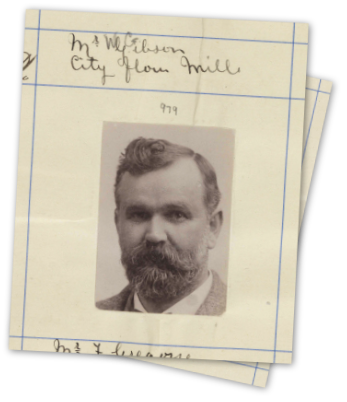 “It appears the workmen were occupied In turning the outer edge of a circular pulley about 3 inches in diameter, which was being made of kauri pine, and which, while the turning process was being performed, was rotating at a speed of about 1,400 revolutions per minute. The speed was so great the centrifugal force overcame the cohesive power of the pine, and the pulley flew into about half-a-dozen pieces, one of which struck Mr. Gibson on the leg, and caused the fracture.” 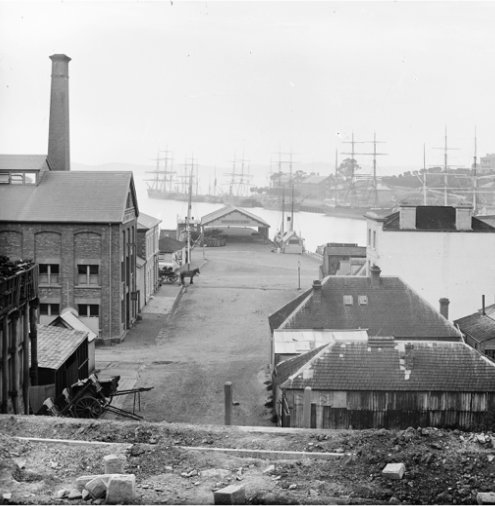 His son William George, then only 23, succeeded him in the business. In 1872 when described by the Mercury, the mill had three pairs of four-foot stones and was equipped with elevators, a dust extractor and a hoisting apparatus, which Gibson had himself designed for lifting sacks of grain. The Mercury reporter was most impressed that:

“a great deal of work is done, with very little manual labour, in an exceedingly small space. A very large business is done at the City Mill, and the noise of the machinery can be heard constantly day and night.”

William George Gibson died in 1905, and his son William James then took over to be followed in turn by his son Roy Gibson.

Between 1917 and 1923 the family had two steamers, the Kiltobranks and the Musgrave, which were used to bring wheat into Hobart and usually take timber to Melbourne or Adelaide on the return voyage. Almost all flour produced was for local consumption and the business continued to expand. Whereas in 1901 it was a 10-sack mill – that is it could make ten 200-pound (90kg) sacks of flour an hour, by 1933 it was a 26-sack mill and almost twice the size of its main Tasmanian competitor. Little is known of the Mill from this time on however in 1972 it was acquired by Moods & Afleck and in 1979 they closed the Mill after 115 years of operation.

During the restoration of the Mill one of the Leading Carpenters told us the story of his Grandfather who had worked in the Mill and that in his time it had produced 100 Tons of Flour a week for a single bakery.